Slowly things are getting to an end. We are in the final stages but then this happened.

After now over 3 month of being here, biking on Valenbicis, living in the city, going to university everyday and to beer-pong on Mondays I almost forgot about one thing. Till this Monday. We came back from our second roadtrip Sunday in the night and when I went to the kitchen on Monday noon I saw it.

A little, white and shiny envelope. Somebody must have put it there. When I turned it around I did not belive my eyes. 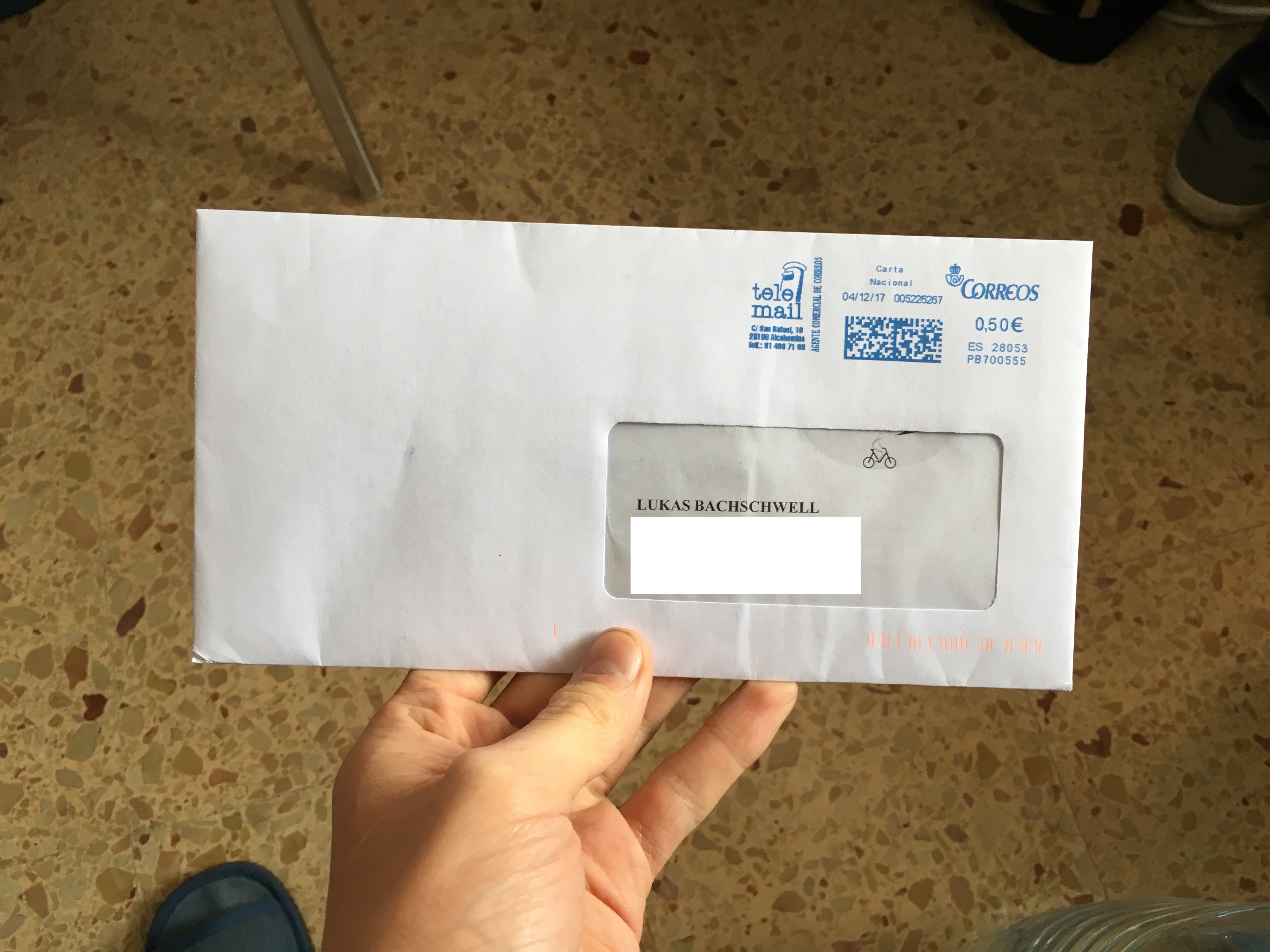 ... was written there and a little symbol that looked like... a bike.
Full of enthusiasm I stumbled back into my room and ripped the envelope apart, and there it was.

For real, I am not joking. It arrived now, around 10 days before I am going to leave. But at least it did arrive. This saves me typing my account number every time at the Valenbici station. I still need to type my pin though. I already used it a few times but it is such a typical Spanish thing that it took soooo long. The sending date on the letter is the 29th of November. Really far from the initial 20 days promised. (That would have been something like the beginning of October) 😜 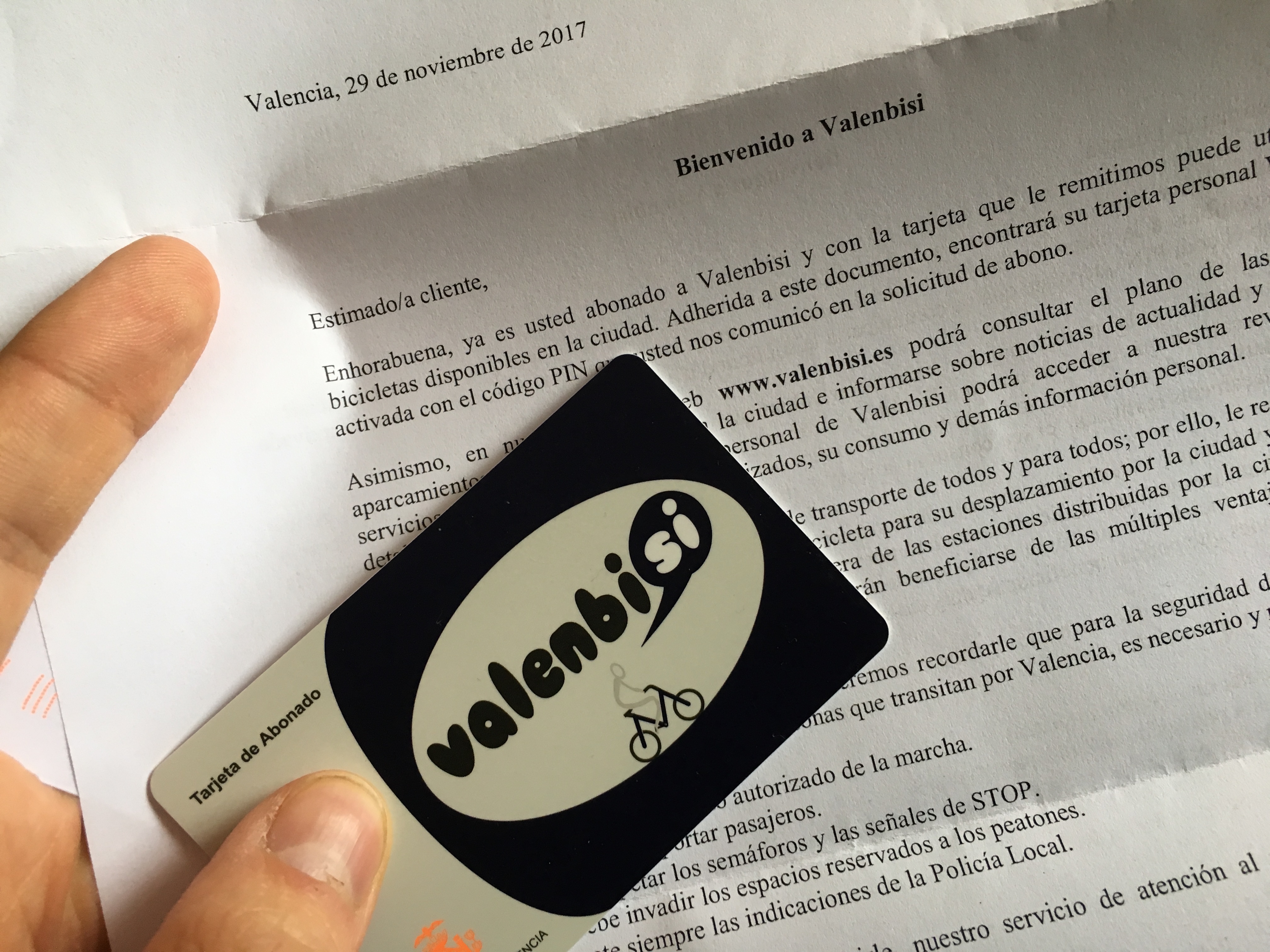 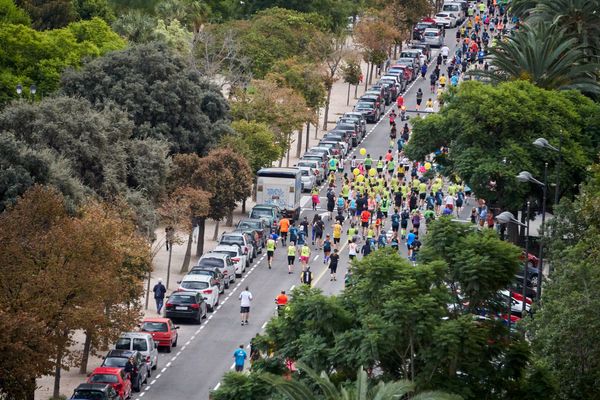 During my stay here in Valencia two marathons took place in the city. Both of them managed to wake me up in the morning 😴. The first marathon came really unexpected. It was on 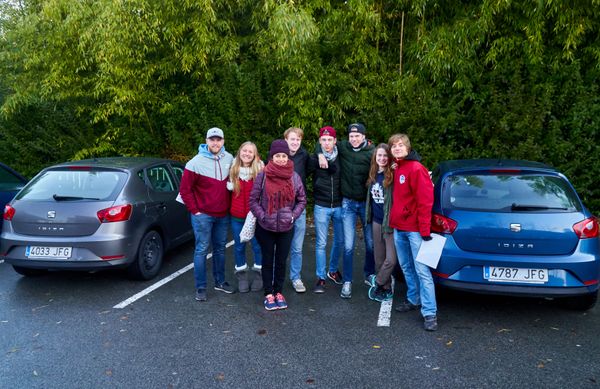 It is time. A new chapter has begun. Roadtrip 2.0 the "NORTH ROATRIP" started today in the morning at 0:00. For real: we left at midnight from Valencia to San Sebastian.

A Semester in Valencia
—
Something I did not expect anymore
Share this
I FOUND A MISTAKE!
If you want to report a typo or other error it is as simple as marking the text and pressing ctrl + Enter
Then fill out the form that appears and done :-)
Thank you ❤️