After visiting Granada we went on tho the next city on our list: Malaga. Malaga is, just like Granada, also a very Arabic looking city and it is also the birth place of Pablo Picasso.

We left Granada early in the Morning and arrived after around one and a half hour and then spend a lot of time looking for parking space. Strangely people seem to park everywhere here, there is even a second row of parked cars in some streets. But at least in Malaga there is MalagaBici (Like ValenBici in Valencia)

When we finally found a place we checked in in our AirBnB Flat (which was very very nice) and went shopping. This flat had by the way the fastest internet connection I had in this country yet. 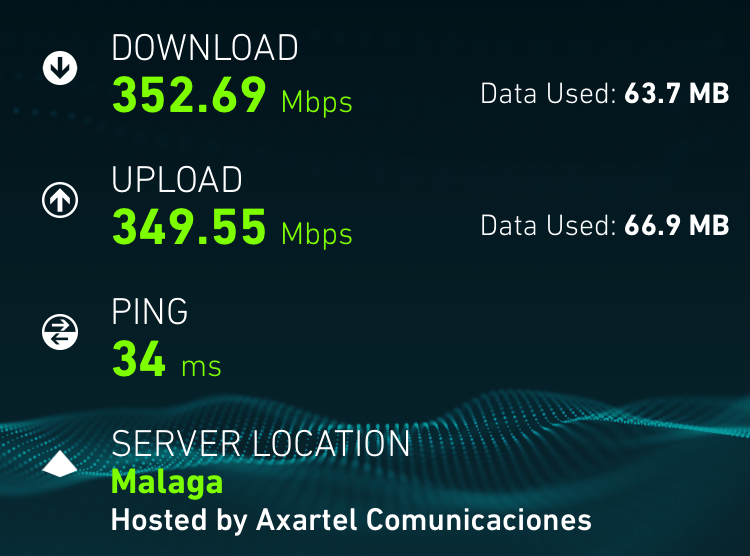 Since Malaga is also famous for its Beach and the weather was nice we immediately checked it out and stayed there for the rest of the day. In the evening we went out and found a funny place called "Theatro Club", which was lucky because it is always harder to find something on Mondays. 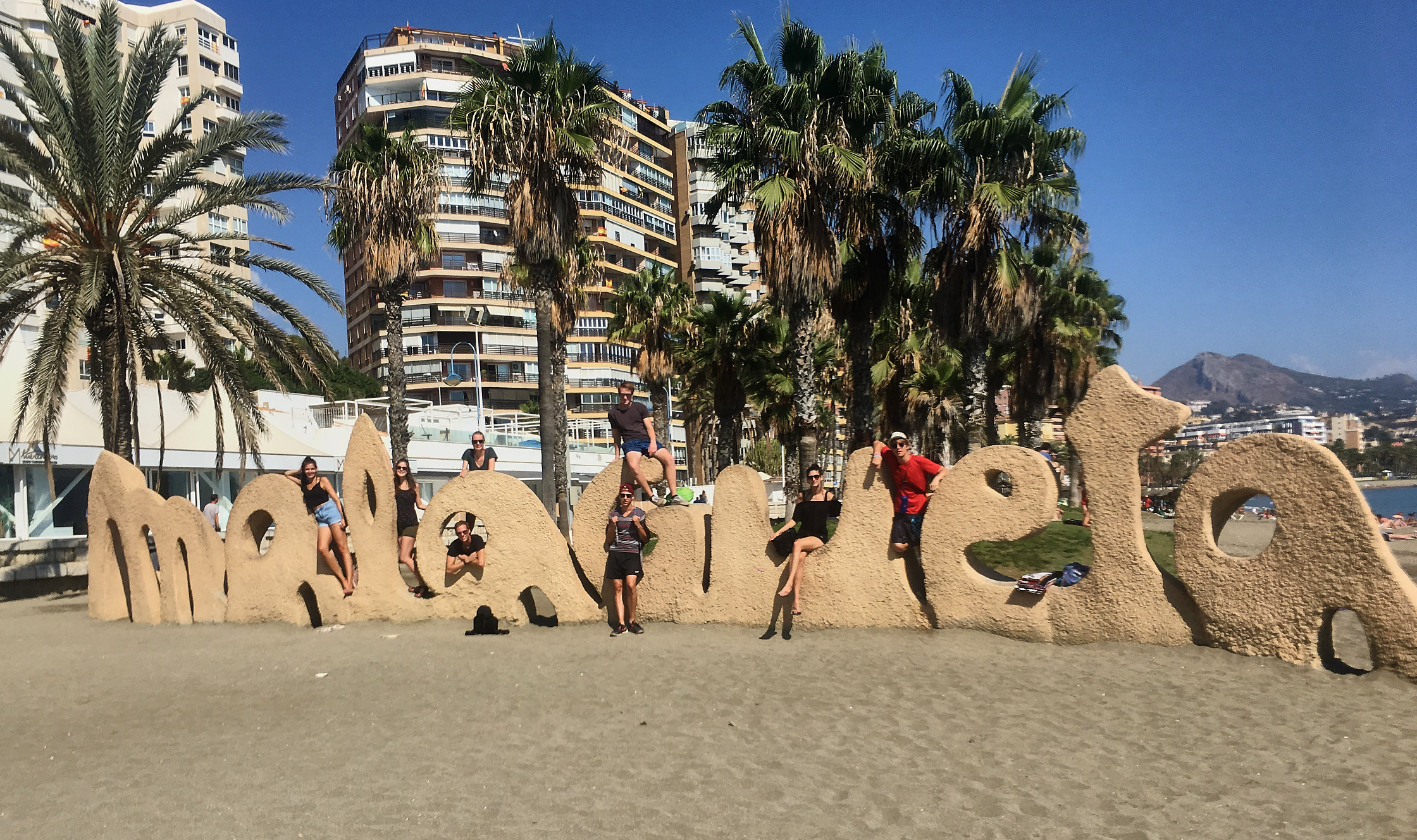 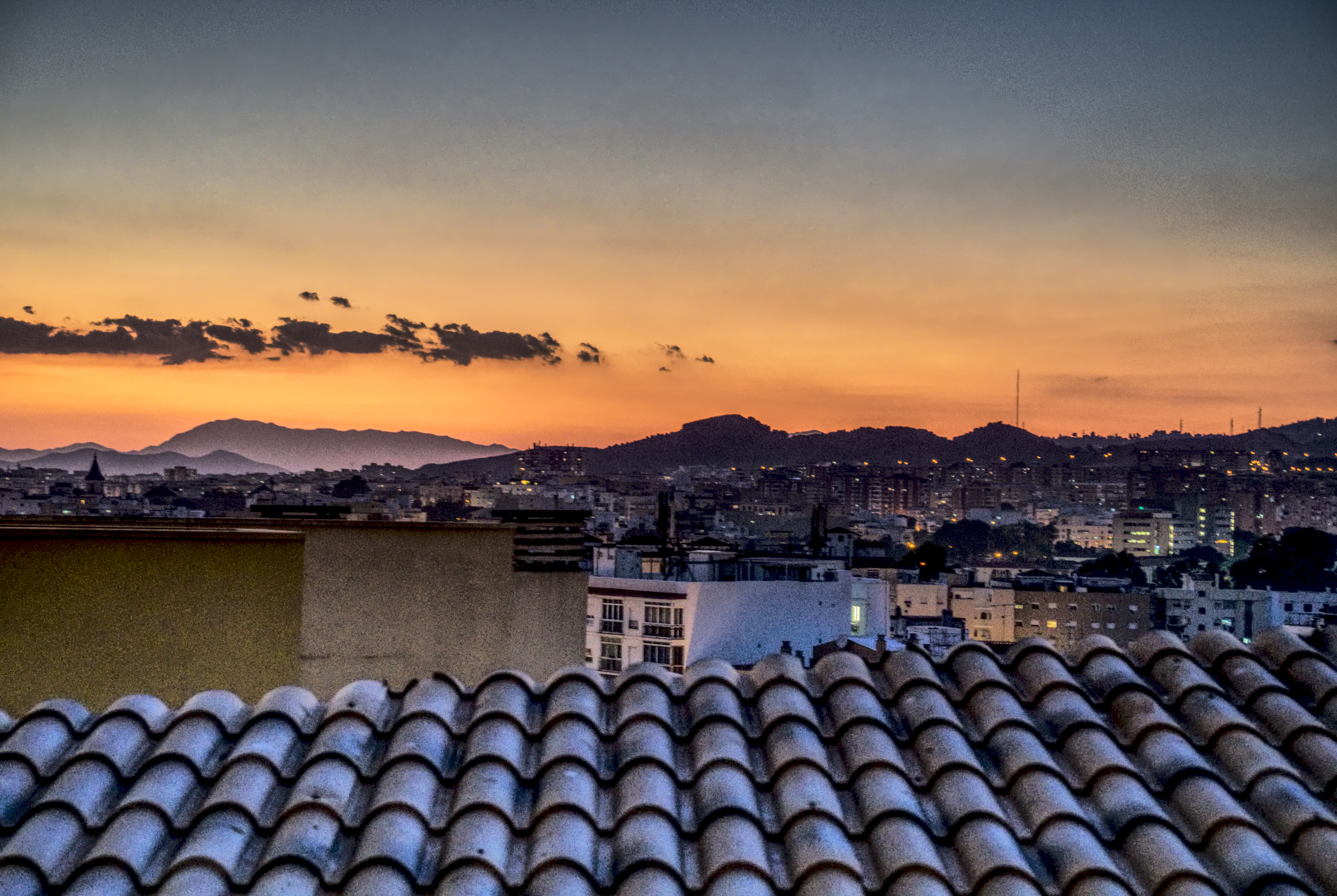 I always aim at the resemblance. An artist should observe nature but never confuse it with painting. It is only translatable into painting by signs. But such signs are not invented. To arrive at the sign, you have to concentrate hard on the resemblance. To me, surreality is nothing, and has never been anything but this profound resemblance, something deeper than forms and the colors in which objects present themselves

On the next day we went sight-seeing. Our first spot was the Cathedral of Malaga but since it was 6 € to just have a quick look inside we decided to go on. Since Malaga is the City of Pablo Picasso we went to the Picasso Museum, and although not all of us enjoyed it that much I thought was very interesting. There was also a special exhibition about female artists in surrealism. Some of the pictures were very strange and even a bit disturbing, but then there were some really nice works as well.

After the Museum we had lunch and then visited the Alcazaba of Malaga, the big fortress of the city consisting of two parts. We went to the lower part and payed 60 cents for entry. From the walls of the fortress we got again a very nice view of the city, so we decided to come back for sunset.
The Alcazaba is also the place where we met the squirrel from the first picture 🐿 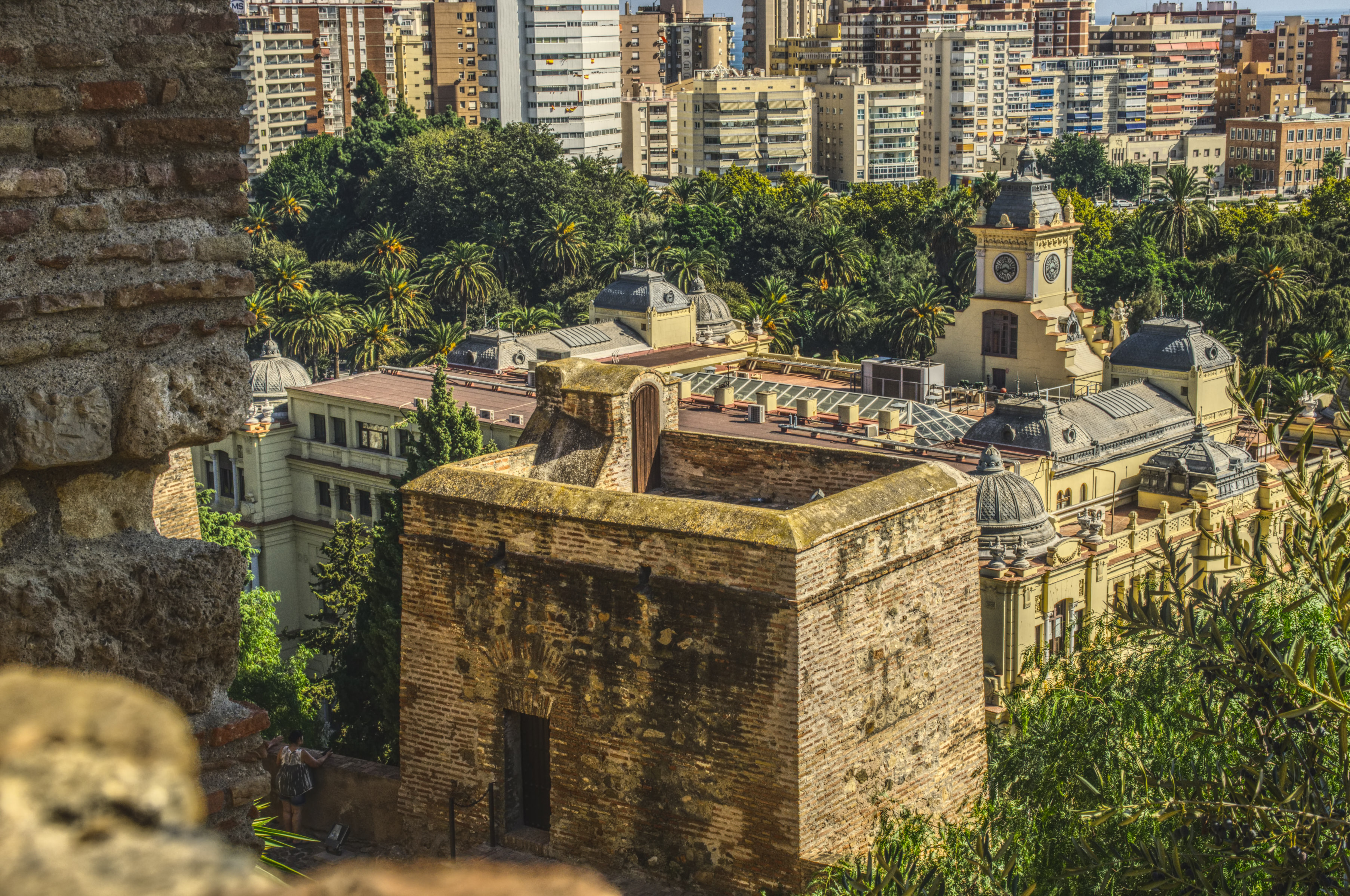 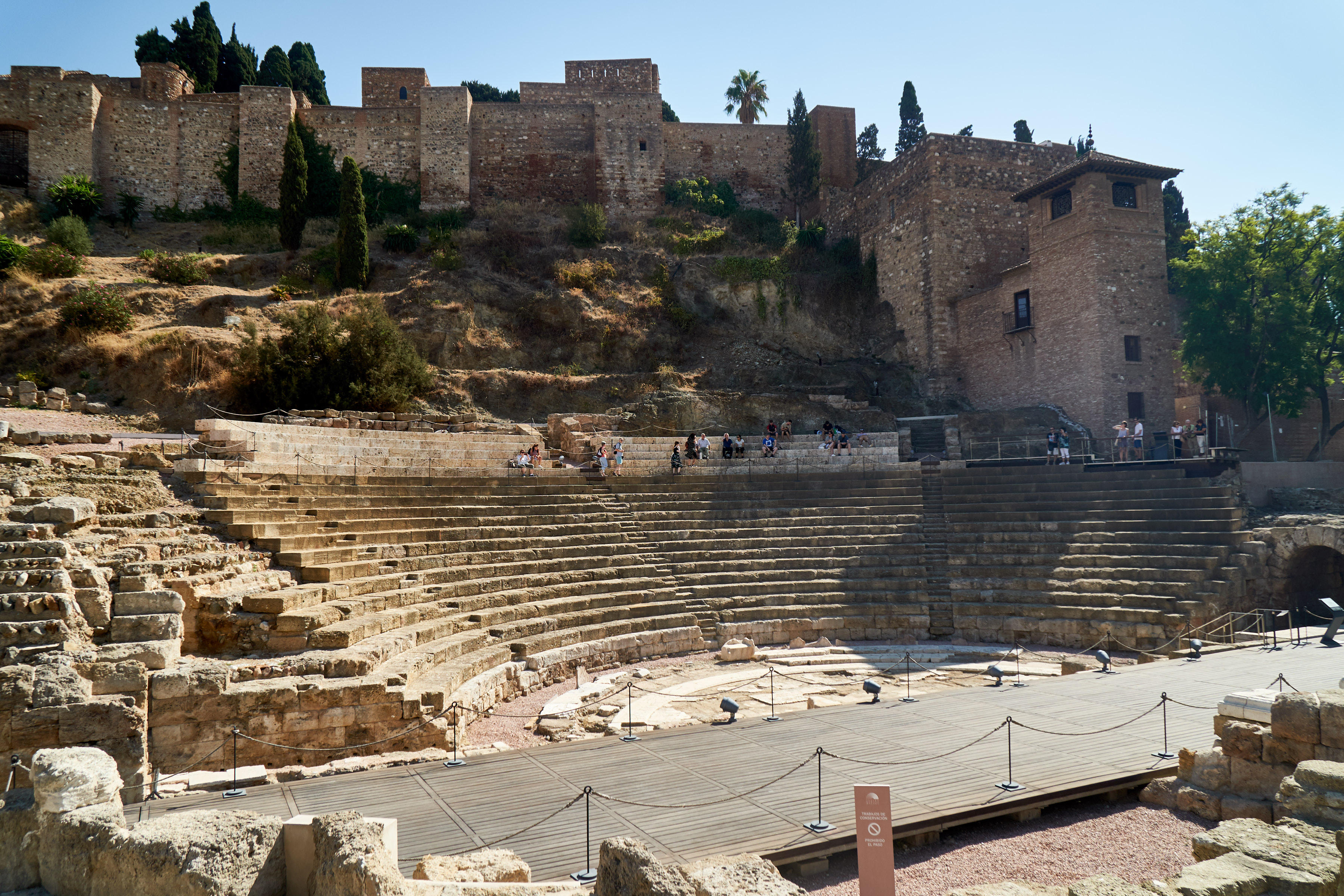 The harbour was the next place we planned to check out and although there is not too much particulary special about it it is a nice place to chill and have some frozen yougurt. 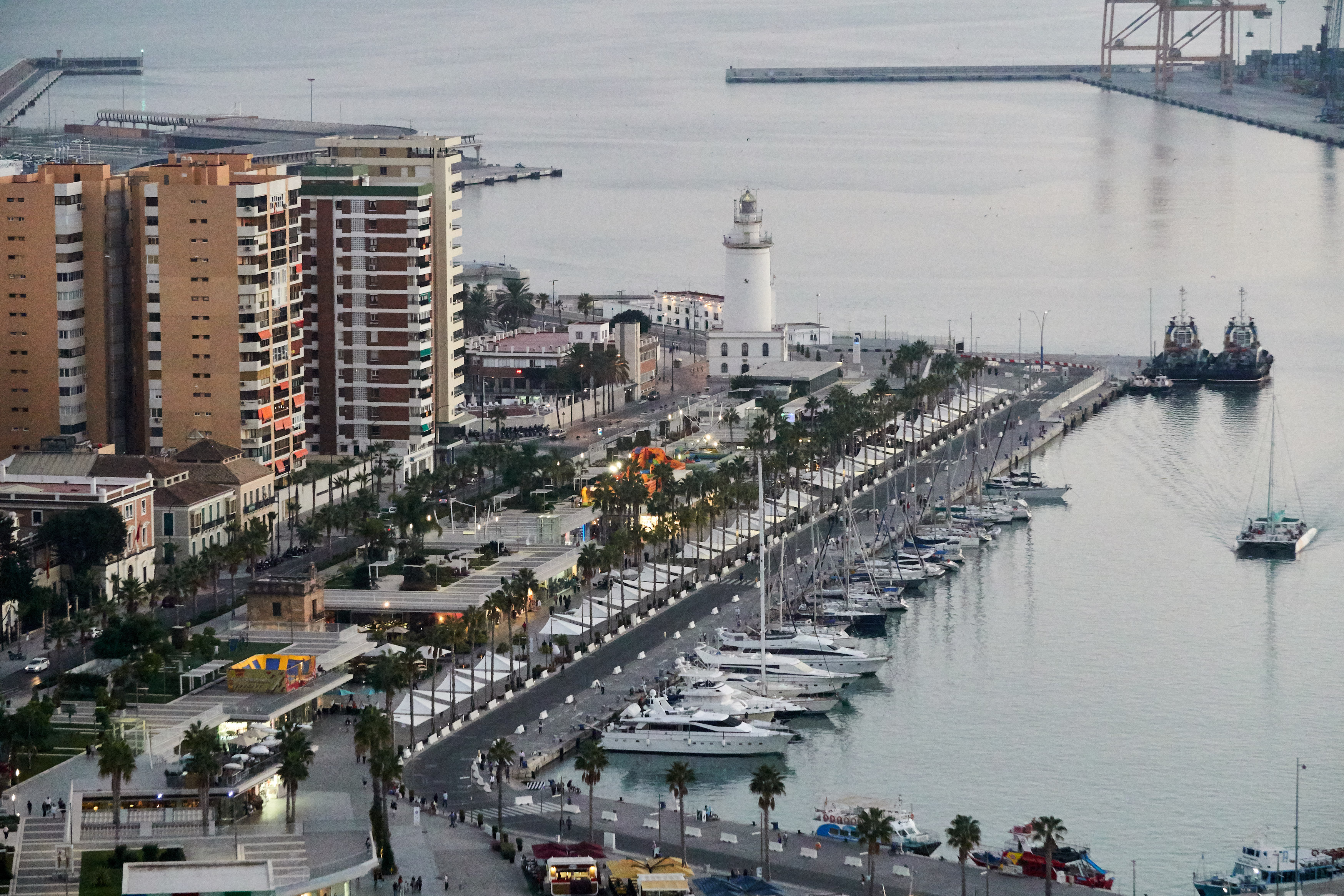 During the afternoon I also followed the coverage of the parliamentary speech of the president of Catalonia. I think it is really crazy for a small area to start this kind of fight with it's mother country, and also pretty unnecessary. But once again it shows how pointless boycotting a vote is, in the worst case it causes some very serious troubles. 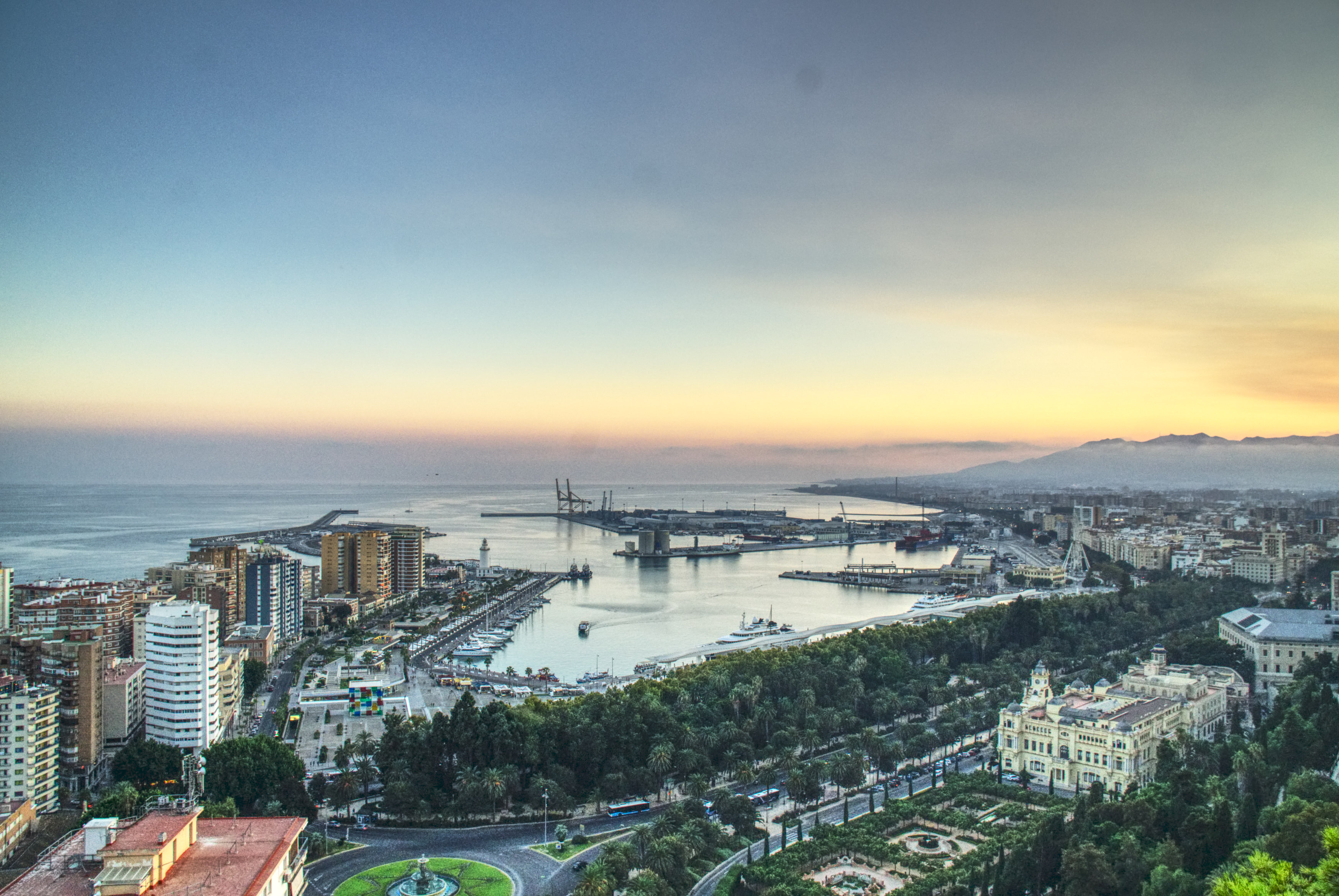 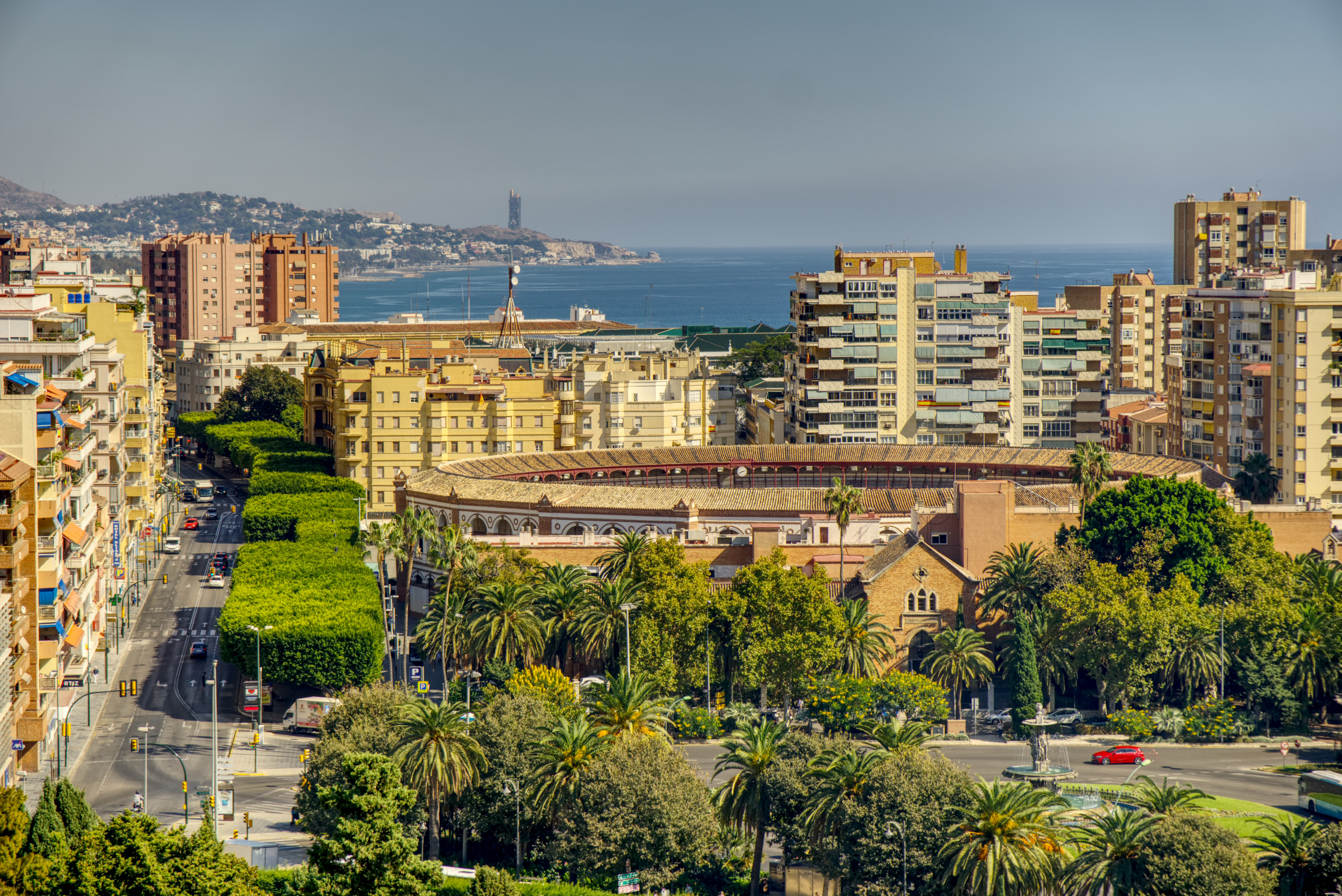 We went to buy some food and then started our way back up to the fortress, this time to a place outside the upper part, a common point for a lot of people to watch the sunset. This was the end of our day and we enjoyed it a lot. I made a lot of experiments with 5 exposure bracketing and you can see some of the results down here. 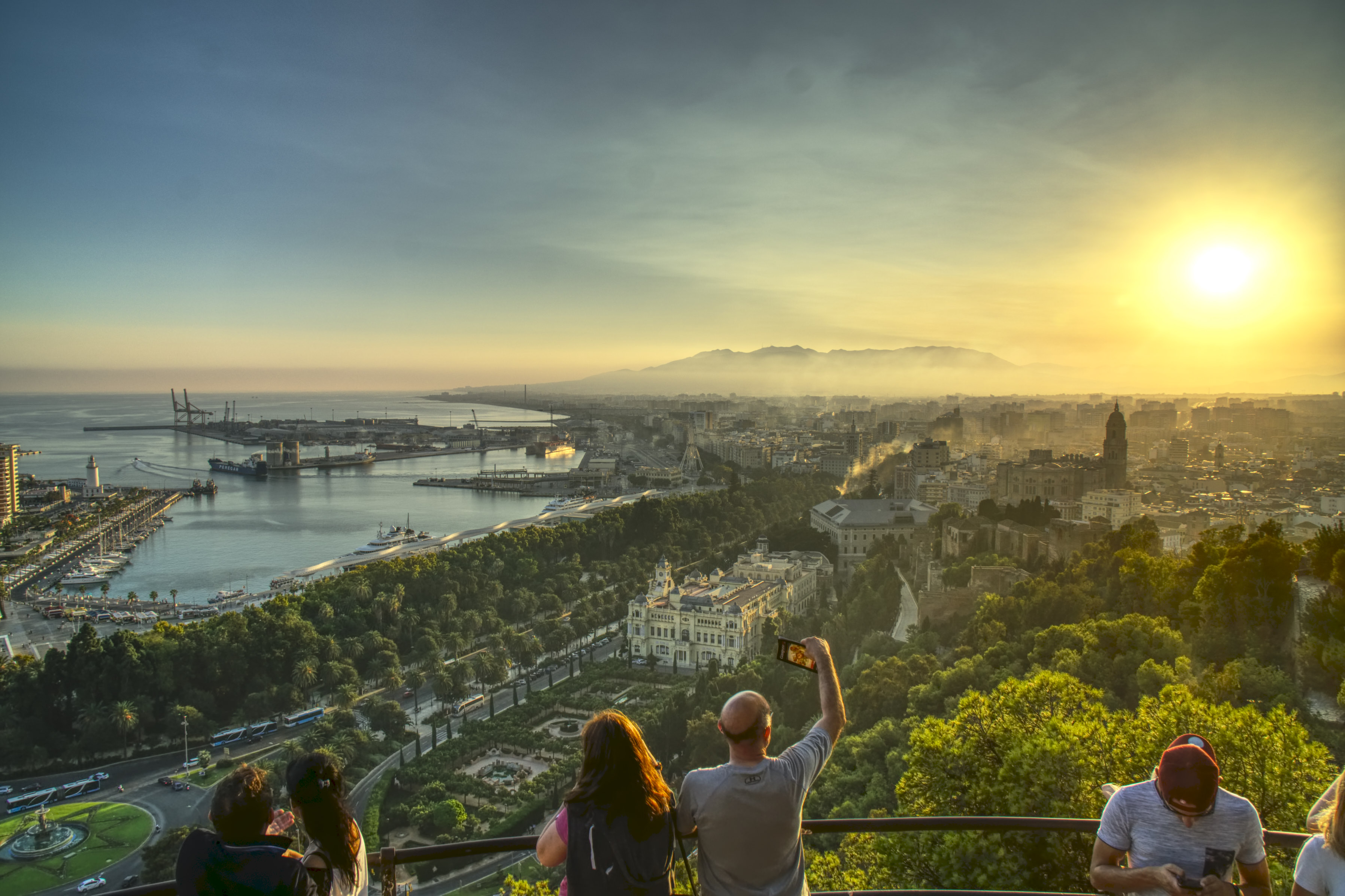 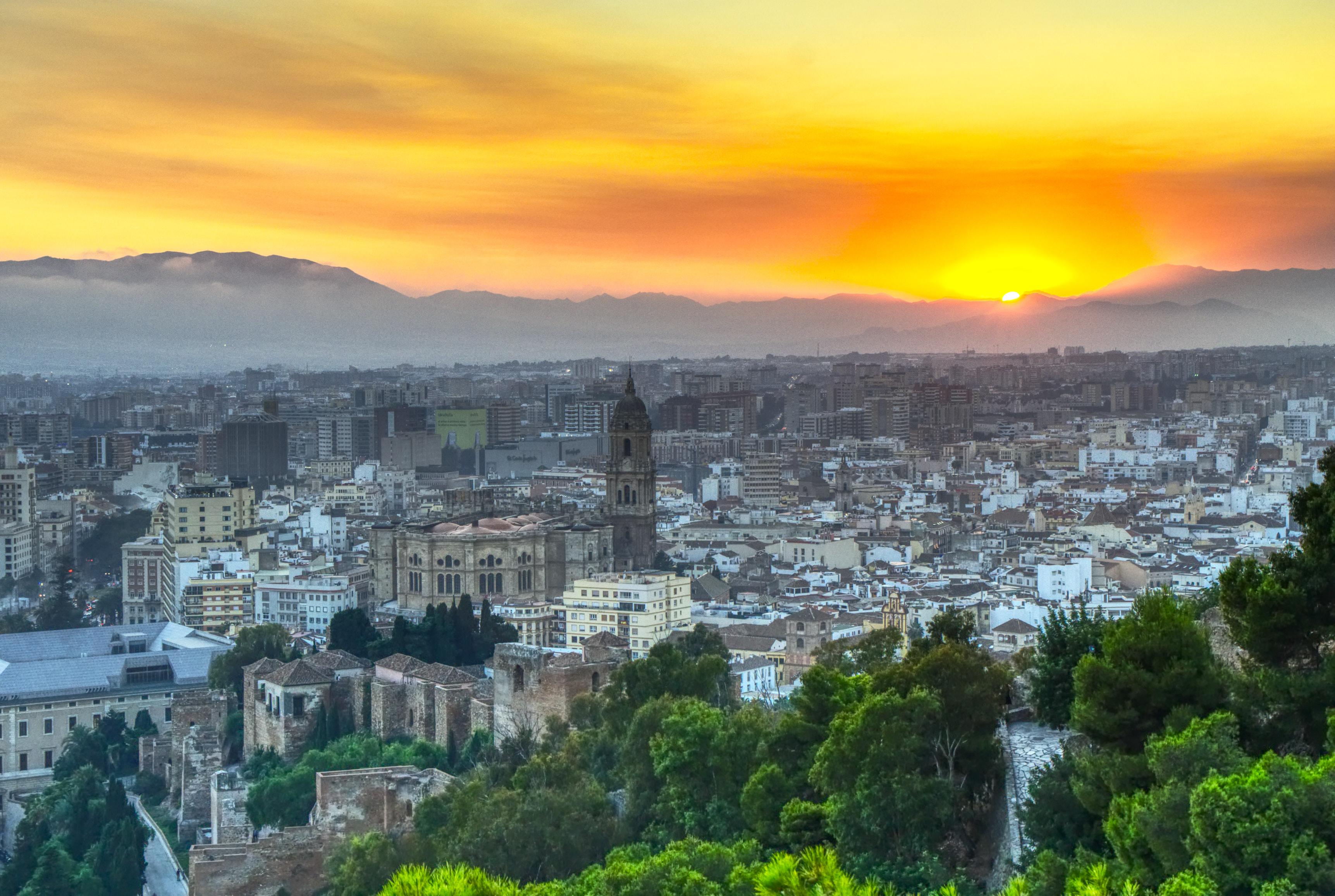 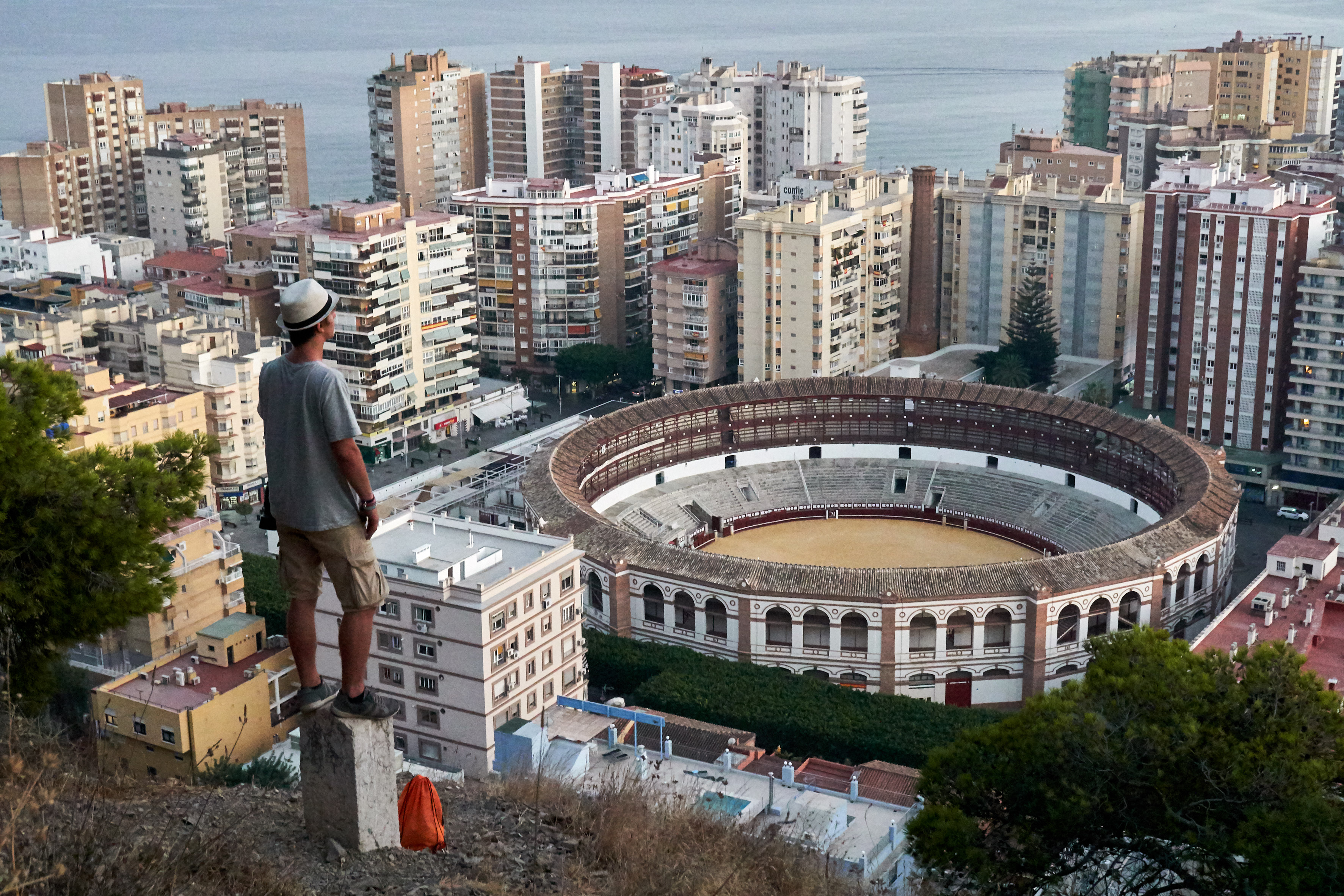 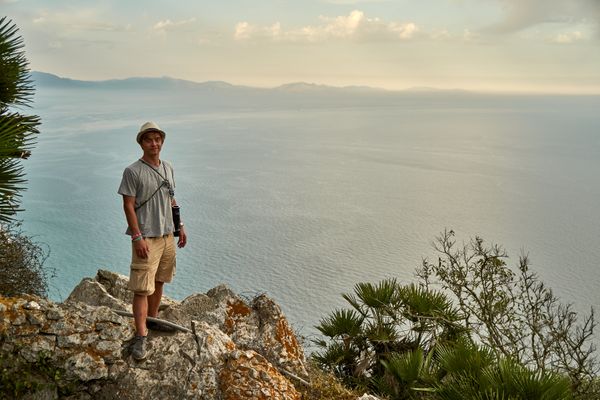 Part three of my roadtrip coverage: Coming from Malaga we decided to go to Gibraltar and also make a stop in the small city of Marbella. Marbella is a very small but beautiful 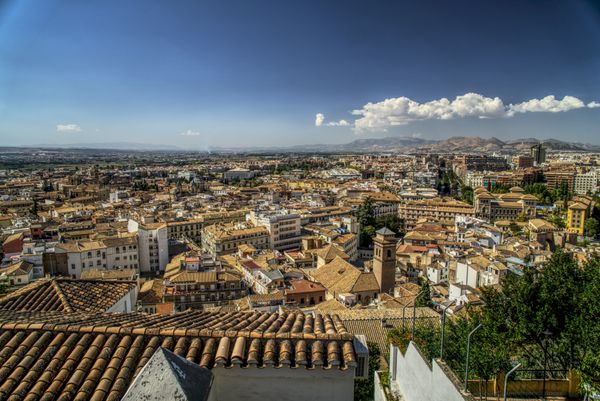 Our first stop of our road trip is Spain's perl of Arabic architecture: Granada. On the first day in the city we went out and the next day we went sightseeing. In Granada

A Semester in Valencia
—
Roadtrip: Malaga
Share this
I FOUND A MISTAKE!
If you want to report a typo or other error it is as simple as marking the text and pressing ctrl + Enter
Then fill out the form that appears and done :-)
Thank you ❤️